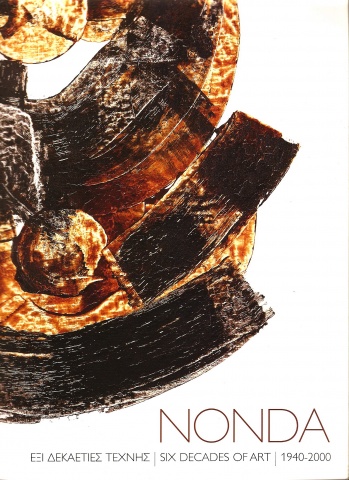 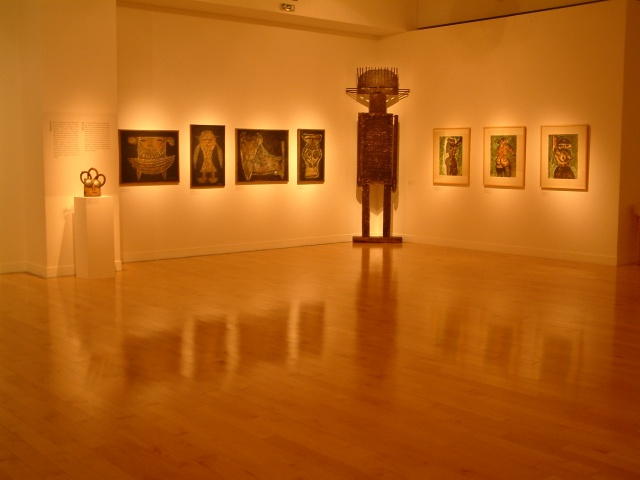 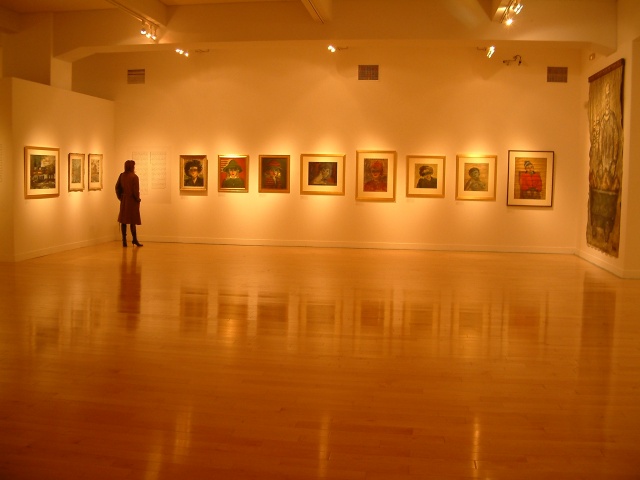 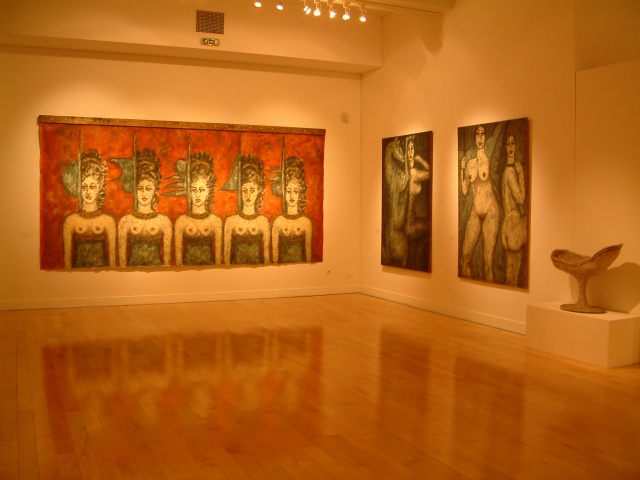 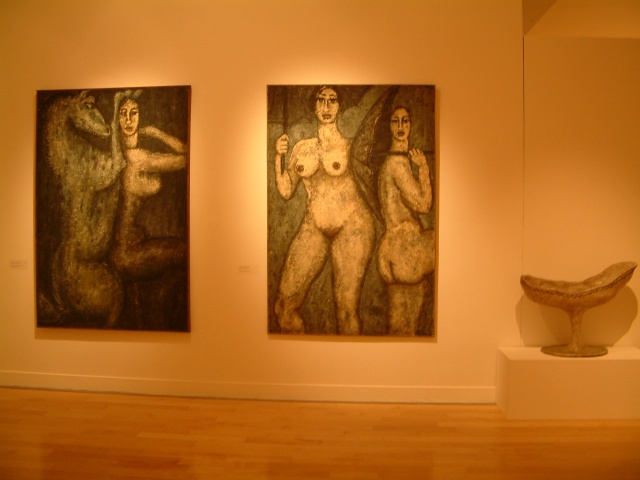 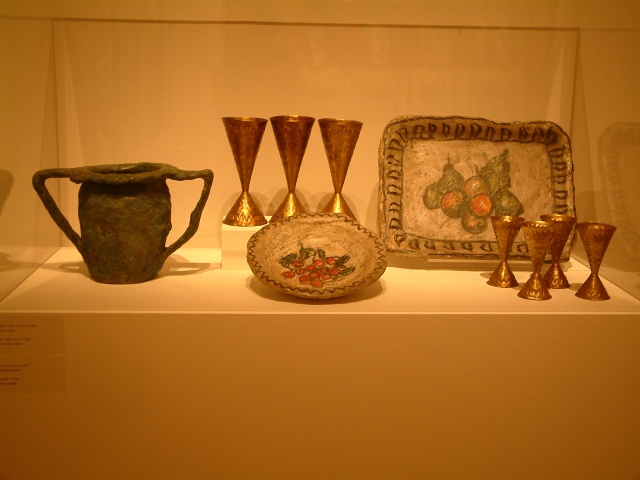 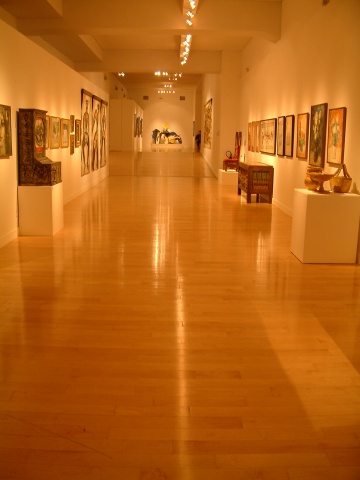 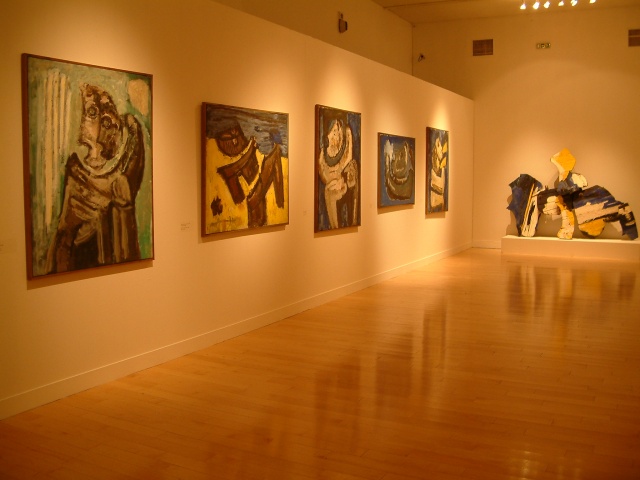 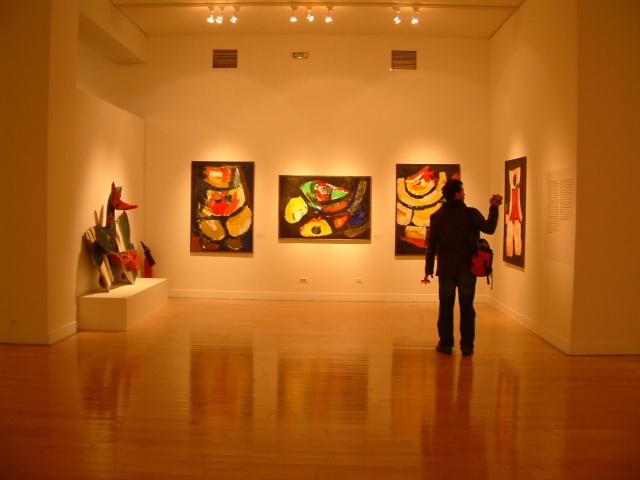 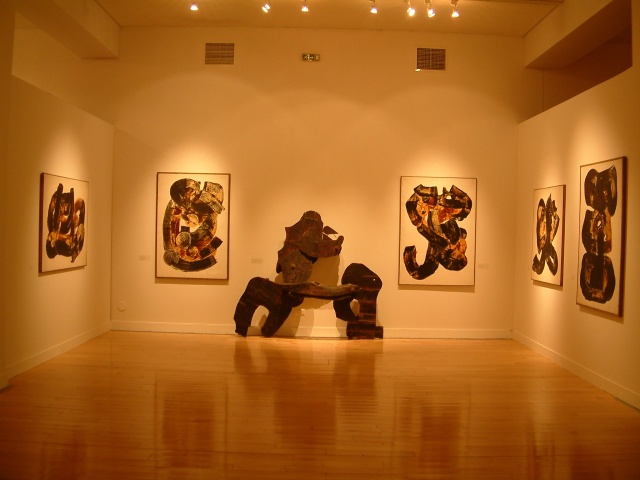 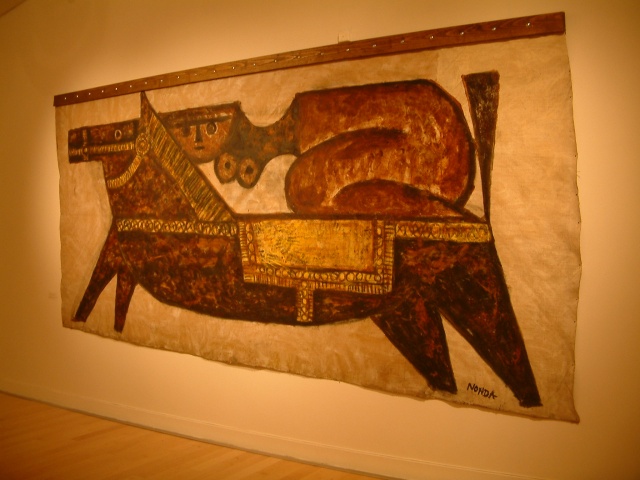 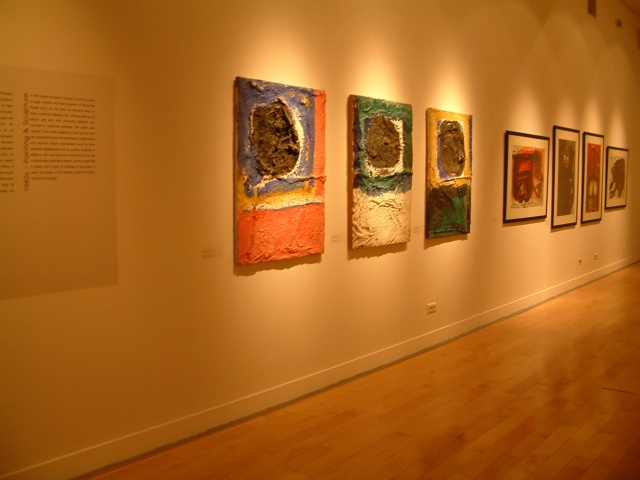 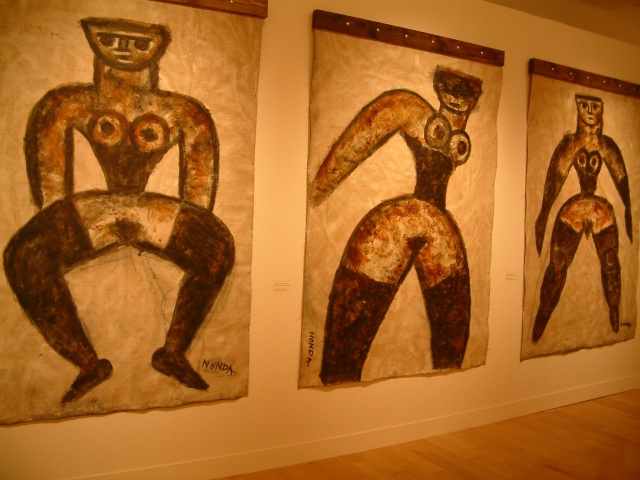 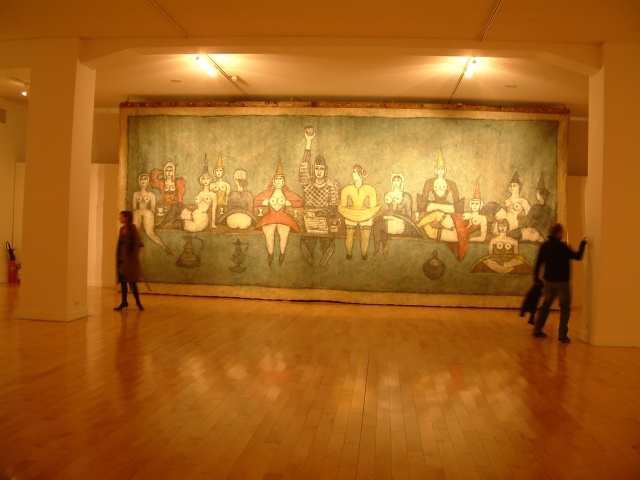 The Benaki Museum is pleased to present a large retrospective exhibition of artwork by the painter and sculptor NONDA (b.1922-2005). This exhibition will include selections from six decades of this major artist's work from the 1940’s through the 1990’s. It is a unique opportunity for the public to remember or rediscover the life and work of an important Greek painter who spent nearly fifty years of his life producing art in the vibrant years of postwar Paris. Hailed as one of the leading painters in the 1950’s Ecole de Paris, and famous for scandalizing Athens with his early nude paintings, NONDA went on to create powerful and unconventional work beyond the artistic trends of his times. After many years away from his homeland, his long career as an artist is a story being rediscovered in his birthplace one year after his death.

Known as a pioneer of public art installations, an innovator in his use of unconventional materials such as blood, coal and sand, NONDA belongs to the movement of the post war “Ecole de Paris”, a term used to describe the Modernist artists centered in Paris during the period following The Second World War. NONDA exhibited in all the historical shows at the Grand Palais which included the Salon d’Hiver, Salon d’Automne, Salon des Independants and Salon des Surindependants alongside Picasso, Braque, Miro, Leger, Chagall and many others. For over ten years NONDA was contracted with the Galerie Charpentier exhibiting with all the major modern artists in Paris. In addition to his use of blood as a medium, he was known in Paris for creating the four annual Pont Neuf Exhibitions with the help of Andre Malraux and for reintroducing the concept of outdoor exhibitions in Europe. Art historian Athina Schina has credited NONDA and his public exhibitions as anticipating what is currently called “Installation Art”. In 1963 he built a monumental sculpture of a Trojan Horse under the Pont Neuf which he lived inside for the duration of the show. Always innovative, NONDA was described early on by the artist D. Galanis as having “a rare artistic temperament”,and the critic J.P. Crespelle wrote in his book Montmartre Vivant of NONDA as an artist who was.... “maintaining the traditions of revolutionary painting at the summit of Montmartre.”

NONDA is an Expressionist painter whose main artistic inspiration came from the female and animal form. This in later years was to manifest itself in abstraction as well as in large scale abstract sculpture. His body of work includes painting, drawing, engraving, hand-made furniture, objects including glasses, bowls, vases etc, small and monumental sculpture. This exhibition of over 100 works of art includes work from each of these periods and will construct the first-ever selected assemblage of the artist’s oeuvre in Greece.

The exhibition “NONDA Six Decades of Art 1940-2000” will be accompanied by a book which includes art historical texts about the artist by historian Dimitris Arvanitakis from the Benaki Museum and by art historians Emmanuel Mavromatis and Manos Stefanidis. The exhibition is curated by Natasha Karagelou and Joanna Papadopoulos.