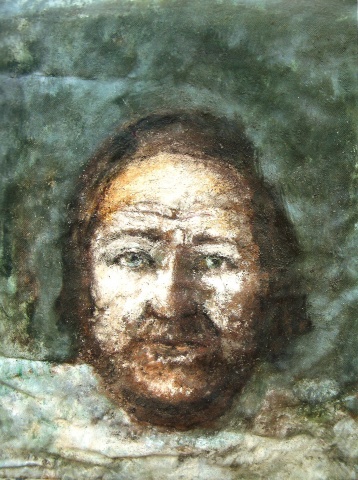 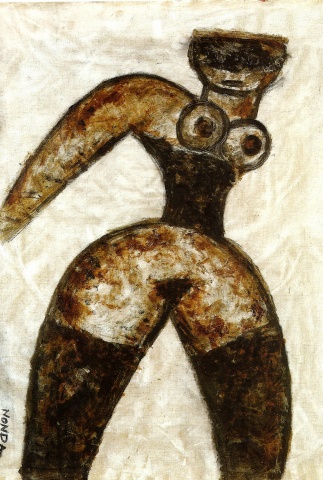 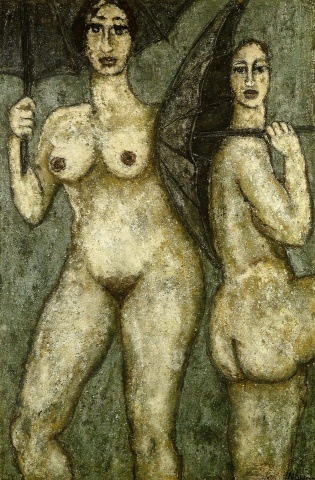 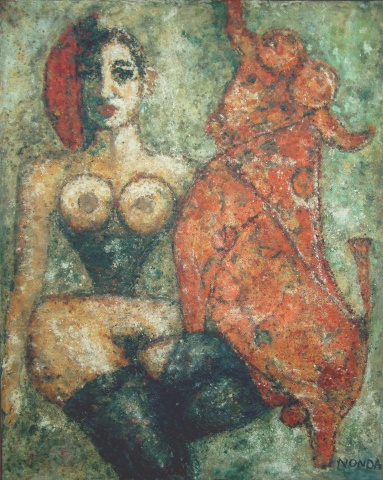 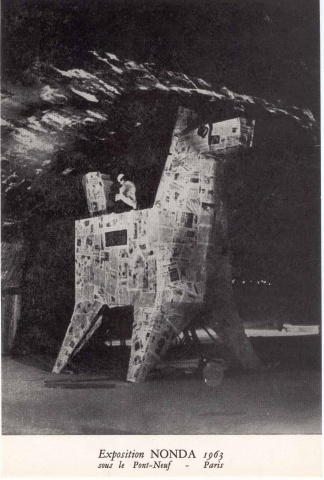 In 1960, NONDA decided to create an open-air exhibition for the public on a large scale freeing himself from the commercial constraints of galleries.With the permission of Minister of Culture Andre Malraux, he transformed the Pont Neuf bridge in Paris into an outdoor one-man exhibition. There were four Pont Neuf shows in total and they generated great public interest. It was an idea that had not been attempted since the 18th Century. Each Pont-Neuf exhibition had a theme; the most famous being the 1960 exhibition devoted to the 15th century poet Francois Villon and the 1963 exhibition known for the massive wooden sculpture of a horse. This was named the “Trojan Horse” by the press and NONDA chose to live inside the sculpture for the duration of the show. NONDA’s fresh and somewhat eccentric concept charmed the public. The style of his artwork moved from the “fresco-style” used in the 1950’s to sculpture and objects of art and even furniture. By the end of this decade, NONDA moved into a completely new period of modern, colorful painting, but always maintaining his interest in the female form.