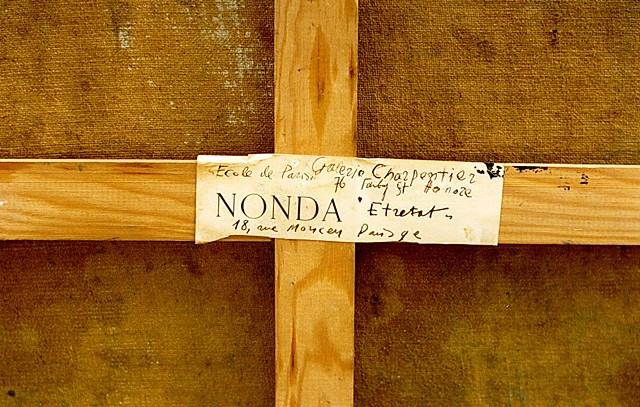 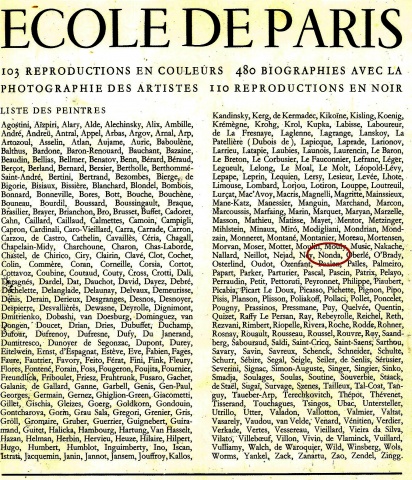 The Ecole de Paris was a group loosely linked to the annual salon exhibits of the Galerie Charpentier which included almost every other major 20th century painter in Paris. The Ecole de Paris is often divided into two groups, each following WWI and WWII respectively. The second group merges with Taschisme, or Art Informel, which was essentially a version of Abstract Expressionism. He began to exhibit yearly at the Salon D’Automne, Salon D’Hiver, Salon des Independents, and the Salon des Sur-Independents held at the Grand Palais on the Champs-Elyseés. In an article for the France-Soir covering the 4th Salon de L’Ecole de Paris, Nonda is singled out-- “Unknown yesterday, (Nonda) has imposed himself by the force of his work…filled with power and taste.” Over the years at group shows held at the Galerie Charpentier, Nonda exhibited paintings alongside Picasso, Leger, Vlamenck, Derain, Chagall, and Miro among others.