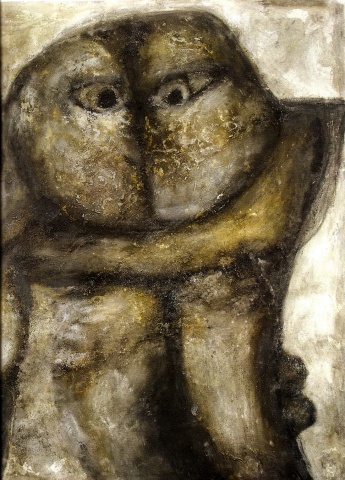 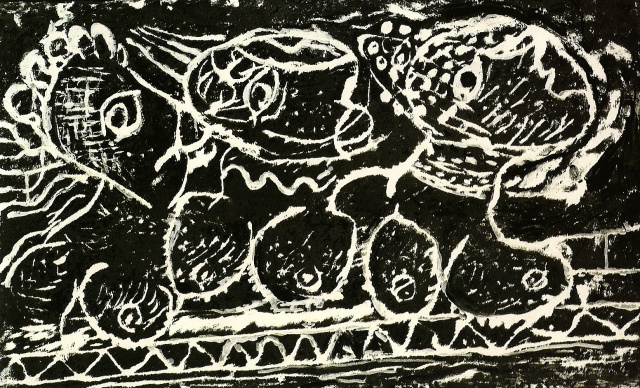 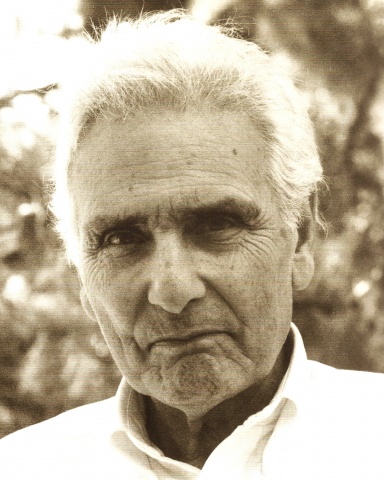 In the last years of work Nonda made a return to darker colors. A large grey canvas entitled “The Monsters” was painted in Paris--- It was a painting which caused him much thought and appeared to trouble him for some time. The onset of Alzheimer's and the depression which accompanies the disease meant that his work process slowed considerably. He often said that visions of monsters unsettled him and that he was confronted with the thought of death. The last body of work was a series of fish on blue backgrounds. In the 1950’s NONDA had painted many fish – sometimes “on-site” in the fish market in Les Halles. He was always fascinated by marine life and it is a theme that remains as constant as the theme of “woman” in his life’s oeuvre.