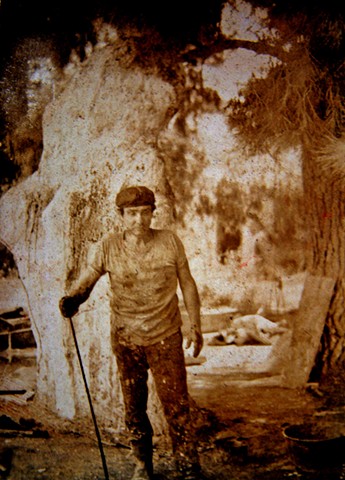 Nonda at work on large concrete/steel sculptures in Athens c. 1983 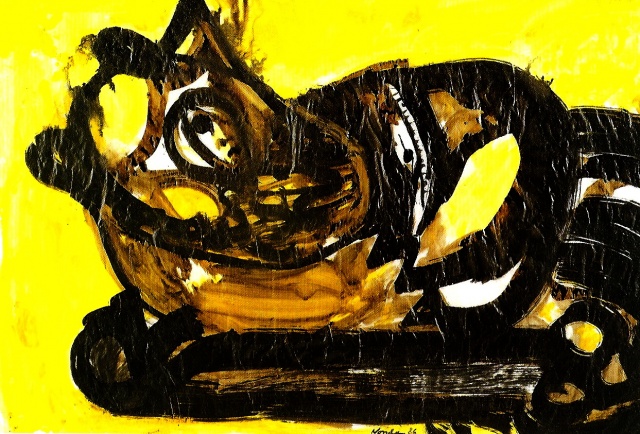 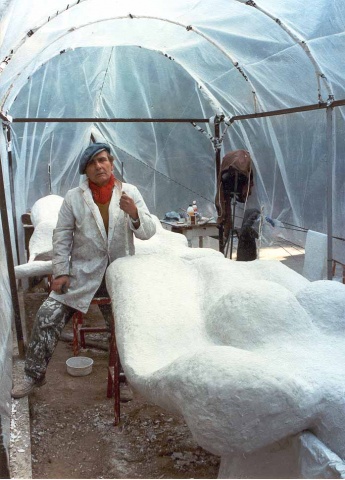 At work on sculptures in Athens 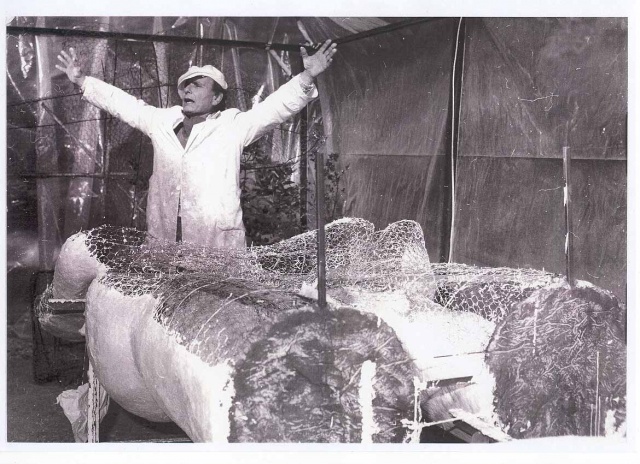 NONDA at work on sculptures 1986

During these years NONDA returned to Greece to work on a series of large, cement sculptures of abstracted human forms. These were massive in size, some weighing as much as two tons. These were formed from wire/plaster molds and made with wire,steel, and colored powders and cement. They were the product of ten years of unimaginable physical labor. The resulting works resembled marble, rock-like human and animal forms imbued with earth colors. The sculptures were apparently lost or destroyed by the city of Athens following a public exhibition. NONDA also created large sculptures in plaster, a series of paintings in plaster and a series of paintings on rice paper where the image of the “Femme Parisienne”(Parisian Woman) re-emerges.